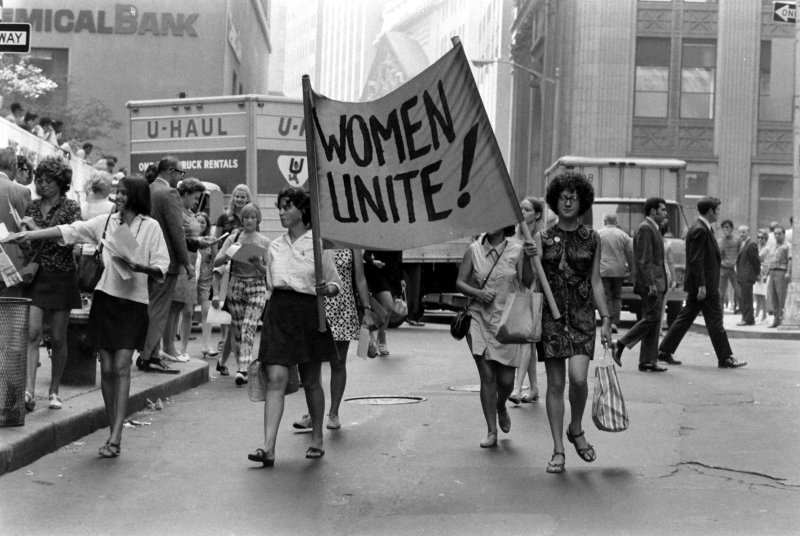 The centennial of the day the 19th Amendment took effect is not the only historic occasion to be marked this August 26, which was designated as Women’s Equality Day by the U.S. Congress in 1973. It was on that day in 1970 that over 100,000 women—and some men—took to the streets across the nation in a Women’s Strike for Equality, using the 50th anniversary of women’s suffrage to bring renewed attention to women’s rights.

This march was the biggest women’s mobilization in U.S. history until the Women’s March in 2017 shattered that record—and, like the more recent example, was both a significant catalyst for change and a spark that awakened opposition. The Women’s Strike for Equality caught Americans off guard in 1970, highlighting discontent about women’s status in America that had been brewing since pioneering Rosie the Riveters were fired from their jobs and told to go home to make way for the boys returning after World War II. The organizers sought to draw a continuous line between their actions and those of earlier women’s suffrage advocates, but they also wanted to make clear that voting rights had not led to gender equality or equal political power. Fifty years after women’s suffrage was inscribed into the U.S. Constitution, the work was unfinished. Today, 50 more years have passed and the same truth remains.